Defrag is a live performance based on a visual and sound defragmentation of photos and music samples. The images and the sounds are splitted into random blocks of data and used to paint a wall of pictures. The photos has been realized by Valentina Peter.

In fields of postmodern artwork, fragmentation signifies the breaking rather than building up of information, to form a structure that would convey a hidden message rather than the obvious message to its audience. A whole and entire phenomenon on its own, the postmodernist movement began in the field of architecture but spread to art, literature, cinema, culture and philosophy in no time.

This artwork has been presented during the XVII Generative Art International Conference 2014 in Rome. 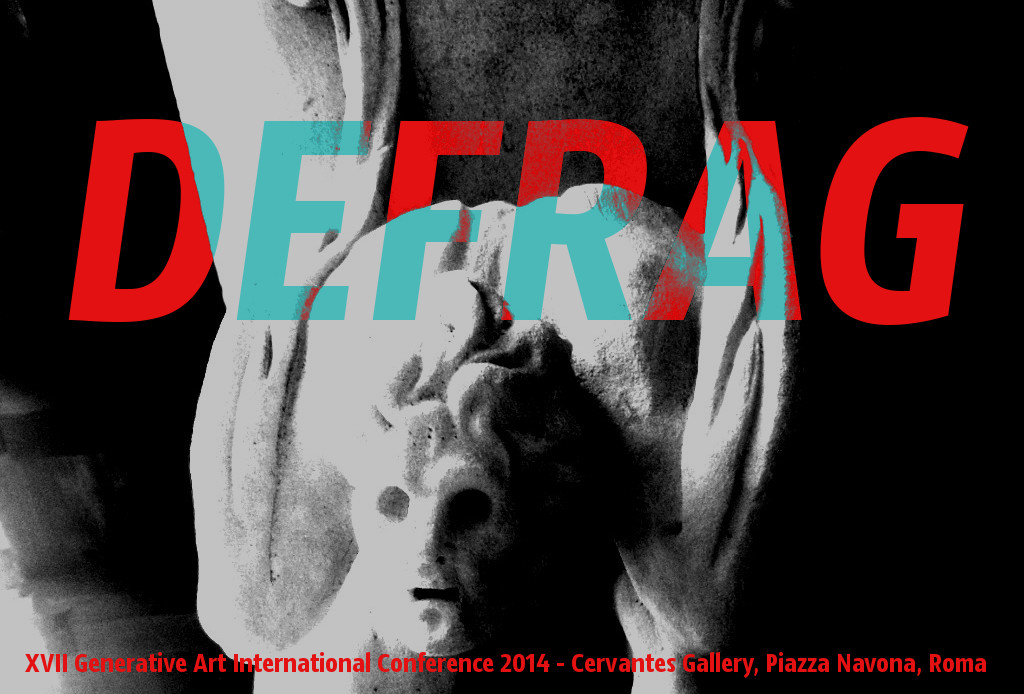 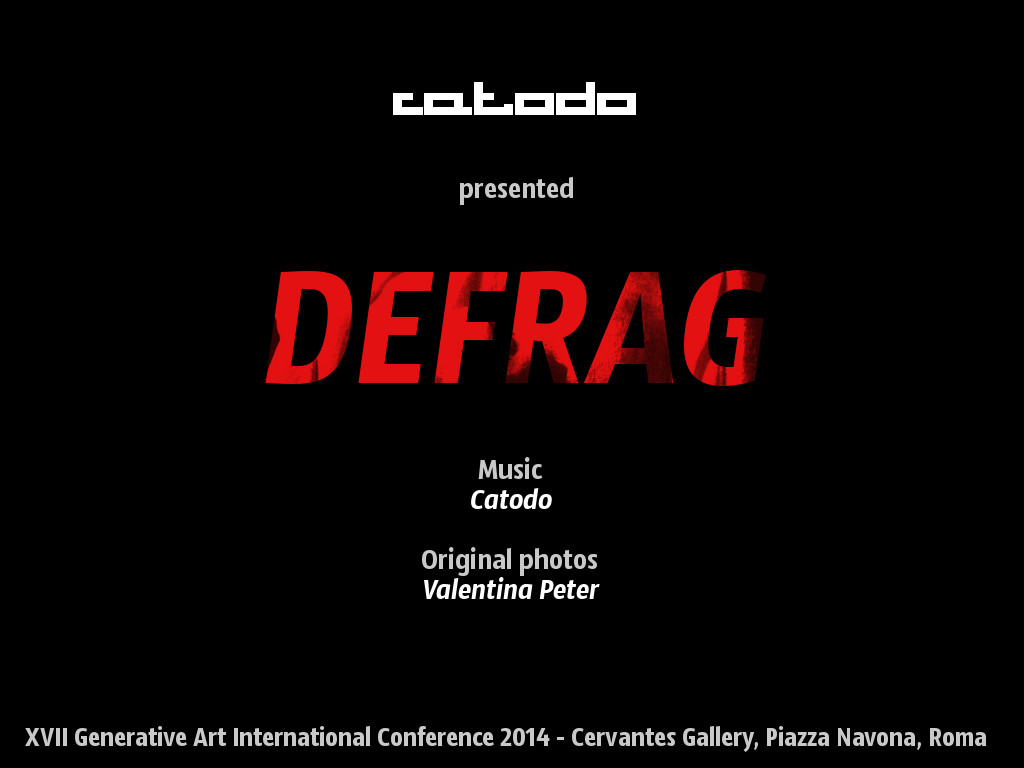